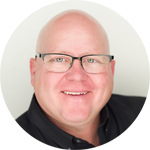 As a college dropout In 1990 I began my insurance career to put food on the table for me. When I grow up I hope to be a rocket scientist but with the end of the Shuttle program that dream is all but over so it looks as if the insurance career will stick. In 1994 I successfully completed the Certified Insurance Counselor program so now by paying my annual membership dues I can use some letters behind my name in an attempt to make me look smarter than I actually am. Did I mention that I also didn’t have a high enough GPA so that also killed my rocket scientist dream but if we try to travel into space again that may rekindle my dream.

The agency which I am now part owner of was started by Jim Twetan in the 1940’s bought by my father David Bestul in 1968, in 1976 he added a partner Larry Thoe who until 2010 was my partner, Larry is still on our social board of directors. In 2002 Phil Martin merged his agency into ours which leads us to the present time where we have formed a top flight agency which has positioned us to take off into space. See I might make it to space yet!

I was raised and continue to live in the Iola area, Helvetia to be exact where my wife Stacy and daughter Sydney make our home, we live almost in the middle of nowhere on a gravel road. We were out of power once for 3 days and no one cared! I believe in having fun, giving back to the community and treating people the same way I like to be treated with respect and honesty. Please buy insurance from us so Sydney can go to college!

Are you ready to save time, aggravation, and money? The team at Community Insurance is here and ready to make the process as painless as possible. We look forward to meeting you!

Start Here
Call Email Quote Like Us
Chat With Us!
×
Send Message In App
Skip to content